The Best Products NOT Made in China | notochina.org

Ask the community about the best TV, smartphones, laptops, security cameras, tablets, and other consumer electronics not made in China.
Post Reply
4 posts • Page 1 of 1

Again a product that is practically impossible to find. In a very short time, China has completely taken over this segment.
Until the beginning of this century, Philips lamps were produced in the Netherlands, later this became Poland, but for a few years now it is completely produced in China.
Not only Philips but also other well-known brands such as Osram, GE and Sylvania have moved their production to China. Only special lamps, spots and car lighting are often made outside of China.
But the standard bulbs, like we all have many in our house, almost all come from China.
There is one exception, which is only for the US market, and that is Sylvania. Sylvania makes a range of LED bulbs, made in USA (from US and global parts).
All Sylvania bulbs in Europe just come from China.

A brand that has given it a try is Osram, which had set up a LED bulbs factory in Germany. However, this product has only been around for a few years and Osram has stopped producing them a few years ago. It was probably not sold because the average consumer prefers to buy a Chinese bulb for 10 cents less…

If anyone else has any tips, I'd love to hear them. Especially the 230v E27 Euro bulbs are very interesting to me. 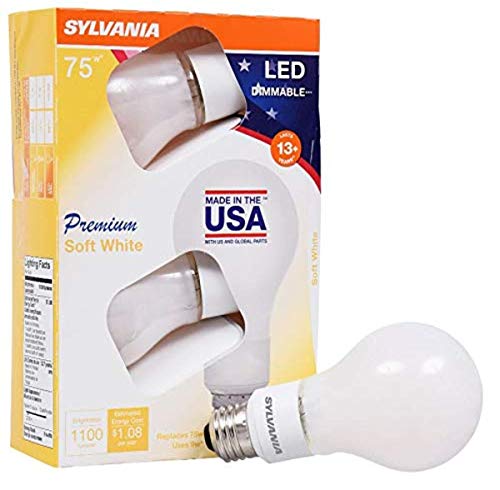 Update, it seems (some) Philips Hue bulbs in the USA are made in Mexico.
All Hue products in Europe are made in China.
Fighting a lonely battle... People, please stop buying Chinese crap!
Top

Every time I am in the hardware store, I faithfully turn all the boxes again to see if I might be able to find an E27 LED lamp that does not come from China.
As always, all Philips, Osram, Sylvania, etc.. are all made in China.

Osram used to produce a certain line of LED lamps in Germany. However, this has not been for many years and those lamps are really nowhere to be found. I sometimes saw them on some webshops, but after ordering they all turned out to be made in China, of course returned to sender!

Whether these lamps that I found at a fairly large hardware store chain in Europe may be old stock or new stock is unclear to me. I can't find any dates on the packaging. The store is big and it is not logical that they have 10 year old stock. But perhaps the general warehouse does not work with first in first out, who knows. It could however also be that Osram started producing some E27 bulbs in Germany again. The single packed identical bulbs were all made in China, which is quite odd.

In any case, I immediately bought 7 boxes (21 lamps), so I'm covered for almost the rest of my life. No more made in China bulbs for me!

About a year ago I purchased a few boxes of LED bulbs from my electric company which, of course, were made in China. Within 6 months I ran through 6 bulbs--each of which were supposed to last for 10 years. It's shocking how brainwashed we have all been at not even questioning when things break because "they're so cheap". But in the long run, it costs us a lot more financially, and it costs the planet as all of this junk ends up in landfills.

For readers in the USA, here's how you can purchase the products that Paul referenced:


Of course, they use the weasel wording "MADE IN THE USA from us and global parts". My guess is the 2018 tariffs changed the economics for Sylvania that it got them to open up some plants in Pennsylvania and Kentucky, assembling the light bulbs using parts from China. But at least it's a good step--one more fairly paid worker in the USA and one less slave laborer in China (not to mention one less dollar going to find the PLA) is a plus in my book.

Thanks for sharing, and keep posting these great finds!